The government has requested all stakeholders to send in their suggestions and comments on the new name and design of the new logo.


On Thursday, the government issued a public notice which said that the present nomenclature does not reflect the role and responsibilities of the CDSCO.

"Over the years, the CDSCO's role has expanded to several areas including regulation of new drugs including vaccines and clinical trials, imports pertaining to drugs, medical devices and cosmetics, central licensing authority for blood banks etc, setting of standards under the Drugs and Cosmetics Act, 1940, emerging areas such as stem cells, e-pharmacy etc," the notice said.

Dr R A Mashelkar (who headed the expert committee on drug regulatory system) in his report recommended the creation of a National Drug Authority (NDA) or Central Drug Authority (CDA). The Drug Technical Advisory Board (DTAB) recommended renaming the CDSCO as Indian Drug Administration (IDA). 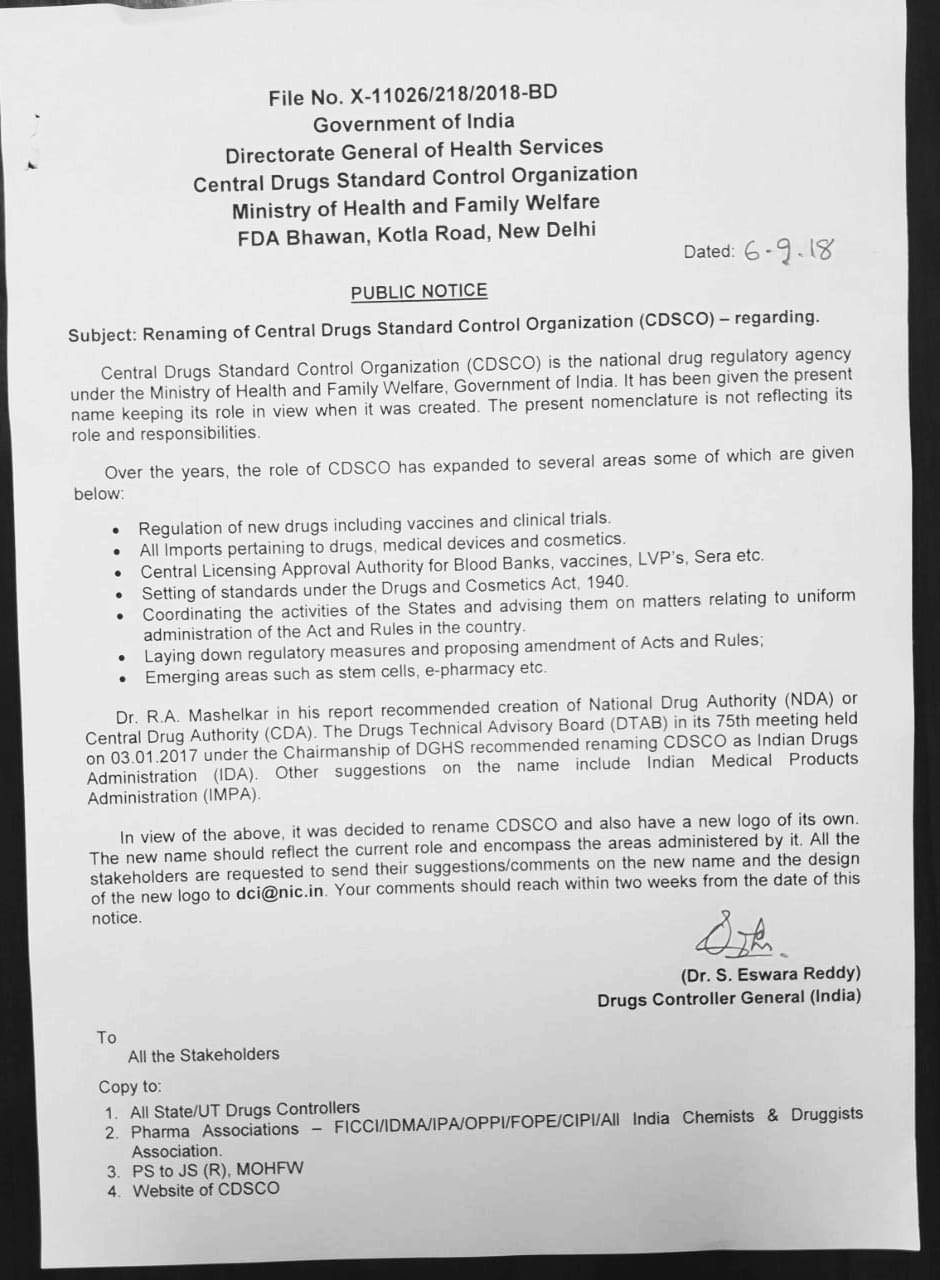 PTR: The full form of PTR is “Price to Retai[…]